Canary Islands is the only Autonomous Community that registers an important volcanic activity within the Spanish State, having suffered several volcanic crises of relevance in the last sixty years. The characteristics of a volcanic emergency, its probability of occurrence, as well as the important consequences for the population, property or the environment, in a limited and widely populated territory make it necessary to develop a Special Civil Protection Emergency Plan that guarantee a quick, effective, efficient and coordinated response, aimed at minimizing possible damage and allowing the restoration of basic services for the population in the shortest possible time.

PEVOLCA aims to ensure a coordinated, agile, effective and efficient response of all public administrations to deal with seismovolcanic crises, which can lead to both subarea and submarine eruptions, and emergencies arising from the same and that originate in the territory of the Autonomous Community of the Canary Islands, as well as ensure compliance with the prevention measures contemplated in current regulations.

The activation and deactivation of the Plan is declared by the Director of PEVOLCA, based on the critical point at which prevention measures must be taken to avoid at all costs the risk to people’s lives. Taking into account that the volcanic risk includes a series of actions to be carried out sequentially, a system of alert to the population based on the selection of four colors has been established worldwide. In this way the population can adopt certain behaviors based on an easy to understand symbol is the so-called volcanic traffic light . Its objective is that citizens always identify the same language by public authorities regardless of the nature of the risk.

Situations and volcanic traffic light to inform the population 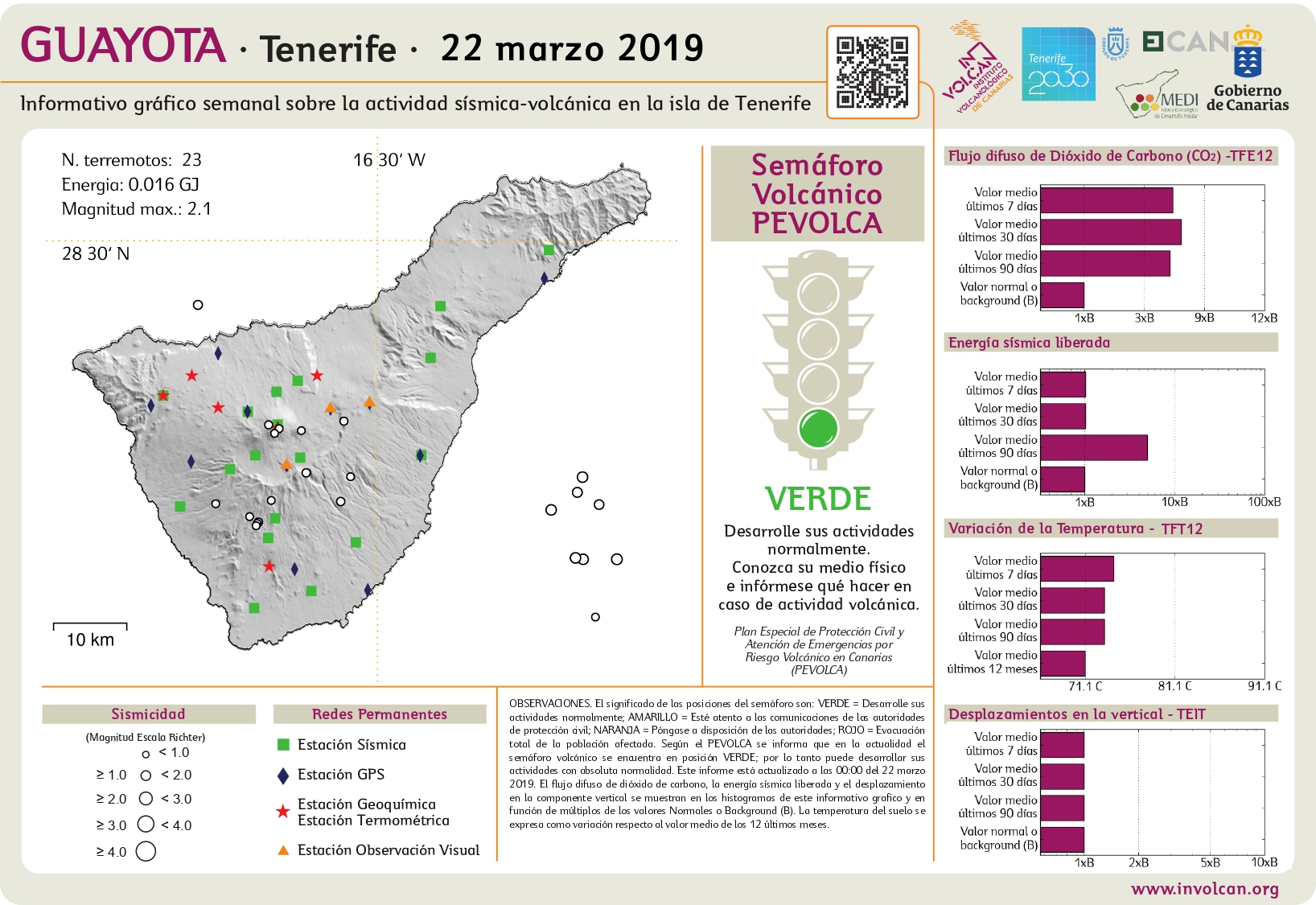 Weekly information chart of the seismic-volcanic activity on the island of Tenerife.